Businesses large and small face challenges and uncertainty during the current pandemic.  What is the status of the current economy?  What does economic recovery look like?  Join the Morgantown Area Partnership for an Economic Panel with the experts.  The panel will be followed by a live Q&A session moderated by Russ Rogerson, President & CEO of the Partnership.

John Deskins serves as Assistant Dean for Outreach and Engagement, Director of the Bureau of Business & Economic Research, and as Associate Professor of Economics in the College of Business & Economics at West Virginia University. He leads the Bureau's efforts to serve the state by providing rigorous economic analysis and macroeconomic forecasting to business leaders and policymakers across the state. He received his PhD in Economics from the University of Tennessee.

Deskins' academic research has focused on economic development, small business economics, labor force participation, rural economic development, West Virginia economy,  and government tax and expenditure policy, primarily at the US state level. His work has appeared in outlets such as Contemporary Economic Policy, Public Finance Review, Economic Development Quarterly, Small Business Economics, Public Budgeting and Finance, Regional Studies, Annals of Regional Science, Tax Notes, and State Tax Notes, as well as in books published by Cambridge University Press and the Lincoln Institute of Land Policy. He has delivered more than 100 speeches to business, government, and community groups and his quotes have appeared in numerous media outlets such as The New York Times, The Washington Post, Bloomberg, CNBC, National Public Radio, and PBS. He has served as principal investigator or co-principal investigator on more than $1 million in funded research.

Tom Barkin is the president and chief executive officer of the Federal Reserve Bank of Richmond.

In this role, he is responsible for monetary policy, bank supervision, payment services, and the Fed's National IT organization. He serves on the Fed's chief monetary policy body, the Federal Open Market Committee. He is 'on the ground' continually in the Fed's Fifth District, which covers South Carolina, North Carolina, Virginia, DC, West Virginia and Maryland, and has brought real focus to the less prosperous parts of that district.

Tom joined the Richmond Fed in January 2018. Before that time, he was a senior partner and chief financial officer at McKinsey & Company, a worldwide management consulting firm. He also oversaw McKinsey's offices in the southern United States. Tom served on the board of directors for the Federal Reserve Bank of Atlanta from 2009 to 2014, and was the board's chairman from 2013 to 2014.

He is a member of the Emory University Board of Trustees and the Greater Washington Partnership.

Tom is a native of Tampa, Florida, and attended Harvard University, where he earned his undergraduate, MBA and law degrees.

The Partnership is the community's primary business advocacy organization.
Th Partnership is a public/private alliance for the betterment of economic, business and community development in the greater Morgantown area and Monongalia County, WV. 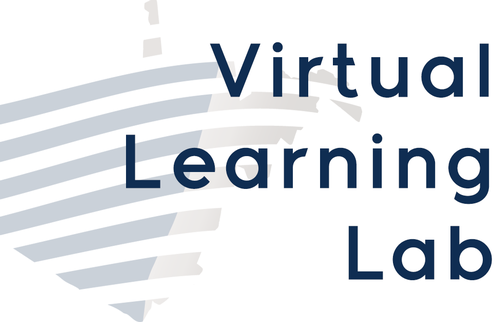 Virtual Webinar - Please register for Zoom Meeting information.
*If you cannot attend but would like a recording, please register and we will send you the recording after the webinar.

Thank you to our Investor Partners